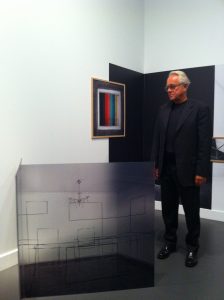 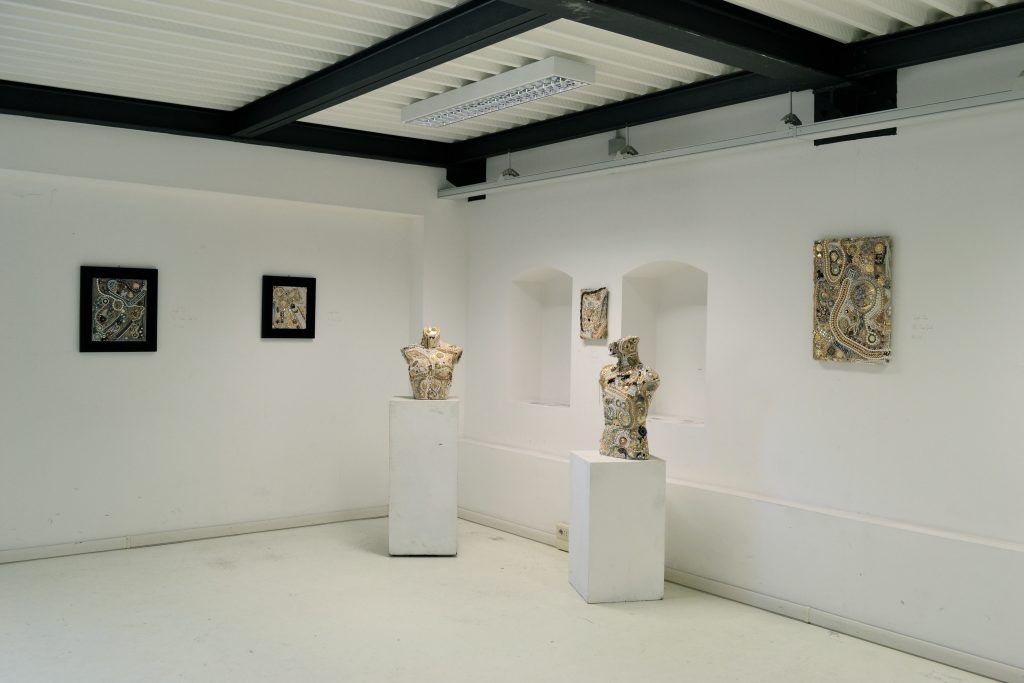 José Luiss: The edges of your antopomorphic and zoomorphic jewelry sculptures have become soft through time but the inter-relationship between individual elements on the sculpture have remained personal marks on your works. Is it your intention to bring organic components into minimal art rationalism?

Joseph Pace: I think that particularly in sculpture a sense of architectonic structure comes from a desire to create a sense of moral order, and the simultaneous desire to make a visual contribution to the universal thought structures, that shape our time.
The true condition of man is to think with his hands.
In that sense, and through Filtranisme, abstract sculpture, moved away from nature, and closer to philosophy; which is human nature.
After minimalism, I wanted to reconnect sculpture to the emotional and spiritual power that it had lost, during the ‘cool’ decade of minimalism. So I began to re-introduce the idea of competing forms and relationships, sculpted emotively. My works are drawn with the forms and shapes that constitute tradition in contemporary life. But I have pulled into this dialogue jewels and surfaces that come form industrial archeology and from nature. That means that the sculptures appear emblematic; but they have the soul of the natural world. They have simplicity, but they are layered with the mystery of human effort and feeling.

JL: How does your work relate to deconstructivism?

JP: Deconstructivism was an interesting analytical moment in the development of philosophy. A kind of ‘pit-stop’ where the parts were checked out, before they were put back together again.
The intellectual justification is borrowed from the deconstructivist philosophers and the abstract paintings of the great German artist Gerhard Richter, who, in a sense remade abstract expressionism, with a great sense of emotional distance. Thus, opening, some new territory for abstract and figurative artworks.
The followers of this cool distanced thinking work as if they were nineteenth century pathologists, dissecting the body of art, and pulling apart creativity, to see what it is made of. As if this were ever a real possibility. If we take apart the components of a painting by Van Gogh, will we understand Van Gogh? I don’t think so. It’s a banal form of investigation, when applied to art. A group of visual detectives. It’s a form of ‘sophism’, where they are competing with art critics, and tailoring their artworks, specifically in order to provoke a favourable response.
But potent and important Art, for instance Moore, was never based on strategic investigative intelligence. It has emotional insight and power. A far higher form of creativity.
I am engaged in Art on this level. I want my sculpture to have spiritual power; not academic intelligence.
Colour rather than form expresses the personal experience in painting.

JL: The feelings that seem to emanate from your work are melancholy and sorrow. Could you tell us a little about your colour choices?

JP: Medium in my work are highly intuitive. Medium in my work are highly intuitive. If we forget theories, medium as the jewels have the potential to be the perfect mirror of a sensibility and a psychological outlook. When I am working, I am making thousands of new pieces of jewellery as I am sculpturing. So that the jewel colours are inseparable from the drama of me making the sculpture. The jewels is entirely bound up with the identity of the shape, and where it is and what it is next to. Sculptures are made with many different pieces, and are the honest yet mysterious evidence of work and feelings. Ther is not sadness in the shinning of my works. But this is a question of nature. This is not a quality that can be contrived. There is a dying light in some of my sculptures, however there is an energy, very connected to life, in the way the piecies is put down.
They say that the people of Spain, a country where where I live a few months every year, deal with the subject of death every day, as I do myself. Meanwhile, we have made the world into something close to a disaster area. My sculptures have a beauty; but it is as you say, sorrowful or melancholic.

JL: What do you listen to (if you do so) while you are working?

JP: When I sculpt I always listen to music. My first wife, Silvia, is an extraordinary musician, a Violist. Now I listen to Arvo Pärt (deep, rigorous and sonorous), Taeko Onuki interpreting Ryuichi Sakamoto (morally fierce), best ’70 and ’80 Pop Music (sensual and energetic), and the Opera Lirica (eternally alive)

JL: Who is your favourite artist nowadays?

JP My favourite artist nowadays would be Henry Moore. His work hovers at the edge of the sculptural world. He is linear and poetically puritanical. His work is a constant whisper of hope, without sentimentality. The true condition of man is to think with his hands.